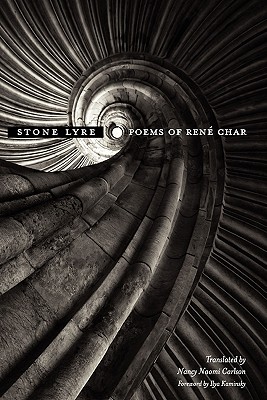 
Not On Our Shelves—Ships in 1-5 Days
Poetry. Bilingual Edition. Translated from the French by Nancy Naomi Carlson. Early Surrealist, resistance fighter, anti-nuclear activist, and exquisite poet, Rene Char is at the heart of 20th century French poetry.... Carlson gives English-language readers a real sense of Char's depth and breadth. And her masterful translations catch the barely contained drama that gives Char's work such tension and presence--Cole Swensen. 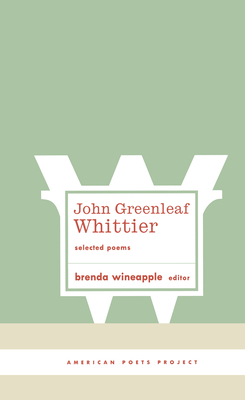 Special Order—Subject to Availability
A beloved figure in his own era——a household name for such poems as “Barbara Frietchie” and “The Barefoot Boy”—John Greenleaf Whittier remains an emotionally honest, powerfully reflective voice. A Quaker deeply involved in the struggle against slavery (he was harassed by mobs more than once) he enlisted his poetry in the abolitionist cause with such powerful works as “The Hunters of Men,” “Song of Slaves in the Desert,” and “Ichabod!”, his mournful attack on Daniel Webster’s betrayal of the anti-slavery cause.

Whittier’s narrative gift is evident in such perennially popular poems as “Skipper Ireson’s Ride” and the Civil War legend “Barbara Frietchie,” while in his masterpiece “Snow-Bound” he created a vivid, flavorful portrait of the country life he knew as a child in New England. “His diction is easy, his detail rich and unassuming, his emotion deep,” writes editor Brenda Wineapple. “And the shale of his New England landscape reaches outward, promising not relief from pain but a glimpse of a better, larger world.”

About the American Poets Project
Elegantly designed in compact editions, printed on acid-free paper, and textually authoritative, the American Poets Project makes available the full range of the American poetic accomplishment, selected and introduced by today’s most discerning poets and critics.
Brenda Wineapple’s books include Ecstatic Nation: Confidence, Crisis, and Compromise, 1848–1877, Hawthorne: A Life, and White Heat: The Friendship of Emily Dickinson and Thomas Wentworth Higginson, a finalist for the National Book Critics Circle Award. She is the recipient of a Pushcart Prize, a Guggenheim fellowship, and a 2014 Literature Award from the American Academy of Arts and Letters.
“Whittier is an indispensable part of our poetic heritage. . . . As he matured, he sometimes put his strong Quaker beliefs in vital conflict with both the imagistic and hedonistic impulses of their brands of Romanticism. When he created such tension among his passions and responsibilities, the result was a beautiful, valiant pastoralism that one finds impossible to forget.”—Richmond Times-Dispatch