The Poetry Book Group is led by Rhonda Williford and meets on the 4th Tuesday of the month at 7:30 p.m. 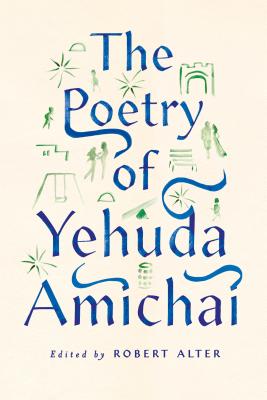 The Poetry of Yehuda Amichai (Paperback)

Amichai’s poetry has attracted a variety of gifted English translators on both sides of the Atlantic from the 1960s to the present. Assembled by the award-winning Hebrew scholar and translator Robert Alter, The Poetry of Yehuda Amichai is by far the largest selection of the master poet’s work to appear in English, gathering the best of the existing translations as well as offering English versions of many previously untranslated poems. With this collection, Amichai’s vital poetic voice is now available to English readers as it never has been before.

Yehuda Amichai (1924–2000) is considered to be Israel's greatest contemporary poet. Translated into forty languages, he may be the most widely translated Hebrew poet since King David. Amichai's work published in English includes Songs of Jerusalem and Myself, Time, The Great Tranquillity, Amen, Open Closed Open, and Even a Fist Was Once an Open Palm with Fingers. Robert Alter's achievements in scholarship ranging from the eighteenth-century novel to contemporary Hebrew and American literature earned him the Robert Kirsch Award for Lifetime Achievement from the Los Angeles Times. Alter is the Class of 1937 Emeritus Professor of Hebrew and Comparative Literature at the University of California, Berkeley.
"I've become more than ever convinced that Amichai is one of the biggest, most essential, most durable poetic voices of this past century--one of the most intimate, alive and human, wise, humorous, true, loving, inwardly free and resourceful, at home in every human situation. One of the real treasures." --Ted Hughes on Yehuda Amichai 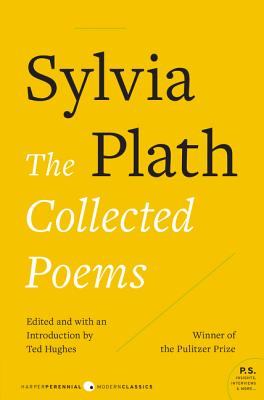 By the time of her death on 11, February 1963, Sylvia Plath had written a large bulk of poetry. To my knowledge, she never scrapped any of her poetic efforts. With one or two exceptions, she brought every piece she worked on to some final form acceptable to her, rejecting at most the odd verse, or a false head or a false tail. Her attitude to her verse was artisan-like: if she couldn’t get a table out of the material, she was quite happy to get a chair, or even a toy. The end product for her was not so much a successful poem, as something that had temporarily exhausted her ingenuity. So this book contains not merely what verse she saved, but—after 1956—all she wrote. — Ted Hughes, from the Introduction

Sylvia Plath was born in 1932 in Massachusetts. Her books include the poetry collections The Colossus, Crossing the Water, Winter Trees, Ariel, and Collected Poems, which won the Pulitzer Prize. A complete and uncut facsimile edition of Ariel was published in 2004 with her original selection and arrangement of poems. She was married to the poet Ted Hughes, with whom she had a daughter, Frieda, and a son, Nicholas. She died in London in 1963. 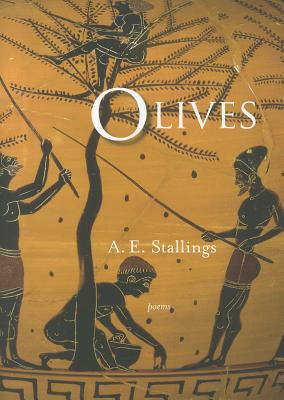 A. E. Stallings has established herself as one of the best American poets of her generation. In addition to a lively dialogue with both the contemporary and ancient culture of her adopted homeland, Greece, this new collection features poems that, in her inimitable voice, address the joys and anxieties of marriage and motherhood. This collection builds on previous accomplishments with some longer poems and sequences of greater philosophical scope, such as “On Visiting a Borrowed Country House in Arcadia.” Stallings possesses the rare ability to craft precise poems that pulsate with deeply felt emotion. Like the olives of the title, the book embraces the bitter but savory fruits of the ancient tree, and the tears and sweetness we harvest in our temporary lives. These poems show Stallings in complete command of her talent, able to suggest the world in a word.

A. E. Stallings has published two books of poetry, Archaic Smile (1999), which won the Richard Wilbur Award, and Hapax (Northwestern University Press, 2006), which won the Poet’s Prize and the American Academy of Arts and Letters’ Benjamin H. Danks Award. She has also published a verse translation of Lucretius, The Nature of Things (2007). Stallings is a 2011 Guggenheim Fellow and a 2011 MacArthur Fellow. She lives in Athens, Greece.

“One of the strongest talents to emerge in recent years.”—Poetry