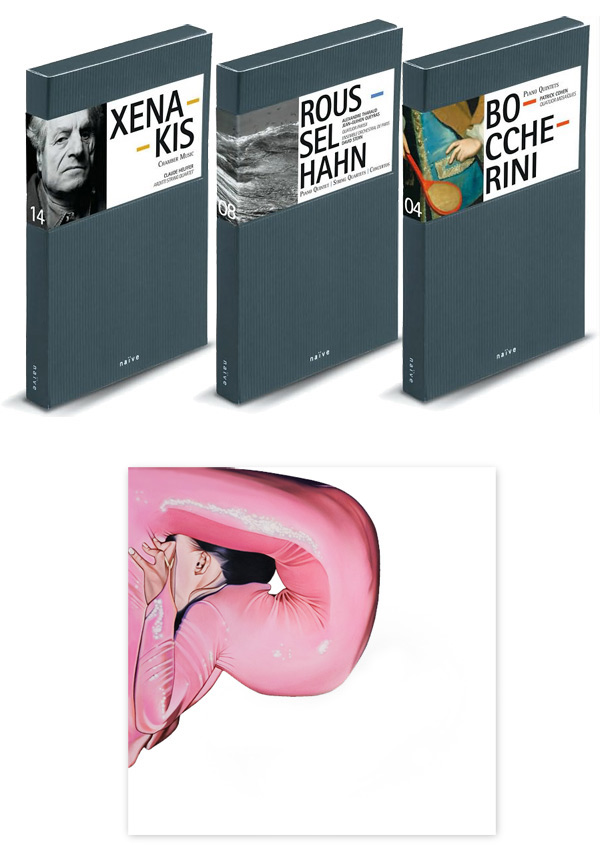 NAÏVE CLASSICAL BOX SETS
The French label, Naïve, has issued some of the best classical music releases in the best few years, including many titles in their ongoing Vivaldi Editions, and superb albums by the vocalists Sandrine Piau, Sara Mingardo, and Marie-Nicole Lemieux. Now they are reissuing some of their most celebrated titles in beautiful (and very low-priced) 2-CD plus book packages, in stylish paper boxes. The 15 titles in the LA COLLECTION series (each only $16.99) include XENAKIS: CHAMBER MUSIC, Hopkinson Smith playing JS BACH: COMPLETE WORKS FOR LUTE, BOCHERINI: QUINTETS, and Alexander Tharaud, Jean-Guihen Queyras, and others playing HAHN & ROUSSEL.

STAFF PICK BY MARSHALL EDWARDS
Elsiane, HYBRID (Nettwerk, $15.99)
Hybrid—the debut album from Elsieanne Caplette, a Peruvian-born Canadian—is the best album of 2009, hands down, bar none. The musical arrangements are masterful: think Zero 7 or Evanescence (without the heavy guitar/rock feel). Her vocal depth—even with her baby-like voice—is hypnotically mesmerizing. Hybrid has a deep sultry, big-string synthesizer-sound with an occasional cello and violin expertly placed throughout. The perfect fusion of electronica, jazz and neo-soft pop creates unique sounds that your ears will thank you for, every time you press “play.” With its haunting music and lyrics designed to “plumb the depths of human emotions,” do your ears a favor, and buy this album. •Marshall Edwards