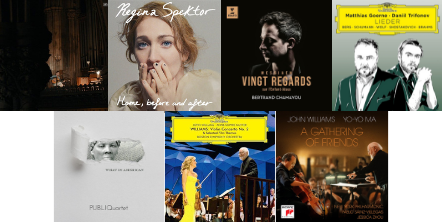 Fleet Foxes, A VERY LONELY SOLSTICE (Anti, $13.98) – Robin Pecknold offers solo acoustic arrangements from the Fleet Foxes catalog. Recorded and live-streamed on the winter solstice, 2020, at Brooklyn’s St. Ann & Holy Trinity Church, during the second devastating wave of COVID-19, Pecknold sings from all four of the band’s albums. The Resistance Revival Chorus joins him on “Wading in Waist-High Water,” and “Can I Believe You” (from Shore, 2021). There is also a cover of Nina Simone’s “In the Morning,” and the traditional “Silver Dagger.”

Regina Spektor, HOME, BEFORE AND AFTER (Sire, $12.98) – Regina Spektor is a great songwriter and singer, and has classically-trained piano chops. She returns with a new set of songs, with lush arrangements.

PUBLIQuartet, WHAT IS AMERICAN (Bright Shiny Things, $17.98) – One of the most adventurous string quartets in terms of programming, PUBLIQuartet are best known for their improvisations and medleys, and championing of new music. What is American features an improvisation on Dvořák’s “American” Quartet No. 12, as well as new works by Vijay Iyer, Roscoe Mitchell, and Rhiannon Giddens. There are also medleys of songs by Ornette Coleman, and a “Wild Women” mix of songs by Alice Coltrane, Tina Turner, Ida Cox, and Betty Davis!

Last week, the Kennedy Center had a gala 90th birthday celebration for composer John Williams, known for his iconic film scores. The concert featured Yo-Yo Ma and Anne-Sophie Mutter as soloists, both of whom have had a long musical relationship with Mr. Williams. Two new albums are further evidence.

WILLIAMS: VIOLIN CONCERTO NO 2 (Deutsche Grammophon, $16.98) –John Williams conducts the Boston Symphony in his Concerto for Violin No 2. There are also a selection of film themes arranged for Ms. Mutter, including those from The Long Goodbye and The Empire Strikes Back.