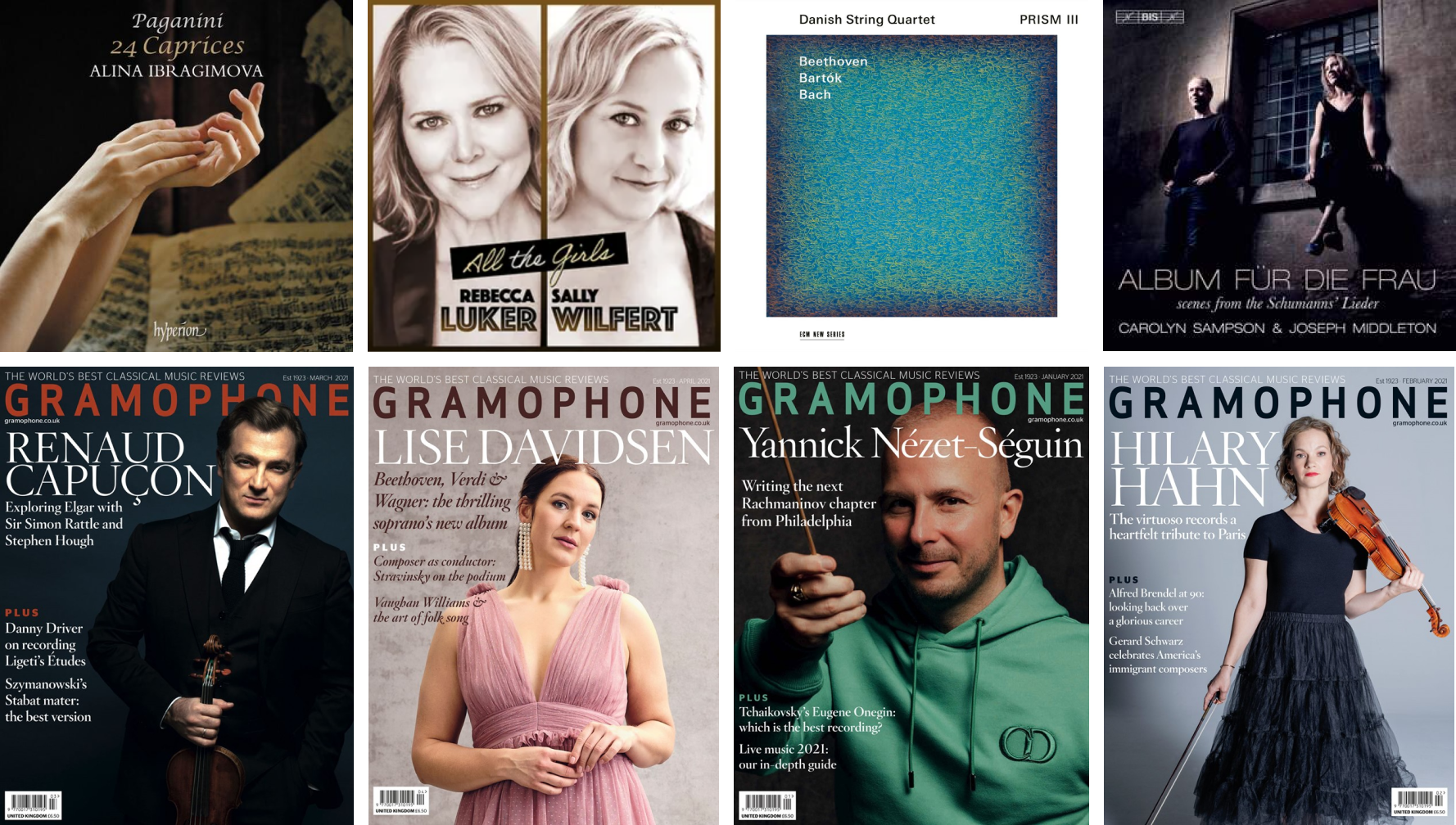 Rebecca Luker & Sally Wilfert, ALL THE GIRLS (PS Classics, $17.98) – Broadway lost one of its most acclaimed stars when Rebecca Luker died last winter. In recent years, Ms. Luker had headlined productions of Show Boat, The Sound of Music, The Secret Garden, and The Music Man. In 2018, she and her friend and musical colleague, Sally Wilfert (Assassins, King David), put on a show called All the Girls, at Feinstein’s 54 Below and Merkin Hall. Now the recording is out, full of wonderful solos and duets. There are some great medleys as well: songs from “Shows We Could Have Starred In Together,” and album closes with Patti Griffin’s “Be Careful” and “Dear Theodosia” from Hamilton.

Carolyn Sampson & Joseph Middleton, ALBUM FÜR DIE FRAU: Scenes from the Schumann’s Lieder (BIS, $19.99) – Soprano Carolyn Sampson and pianist Joseph Middleton’s album is subtitled “Eight Scenes from the Lieder of Robert and Clara Schumann.” It contains songs by both composers, a “depiction of a relationship seen through the eyes of both parties.” The eight sections of songs are bookended by a solo piano prologue and postlude.

PAGANINI: 24 CAPRICES (Hyperion, 2 CDs, $19.98) – Violinist Alina Ibragimova has performed Bach, Mozart and Brahms (with pianist Cédric Tiberghien). She is also a member of the Chiaroscuro Quartet. She has recorded Ysaye’s solo works, and now takes on the virtuosic Paganini.

GRAMOPHONE MAGAZINE IS BACK

Because of the pandemic, getting issues of Gramophone from England has been problematic. At last, we now have some issues from January, February, March and April.

The cover profiles are on Yannick Nézet-Séguin, Hilary Hahn, Renaud Capuçon, and Lise Davidsen, respectively, and the issues are full of reviews, more profiles, and music news.