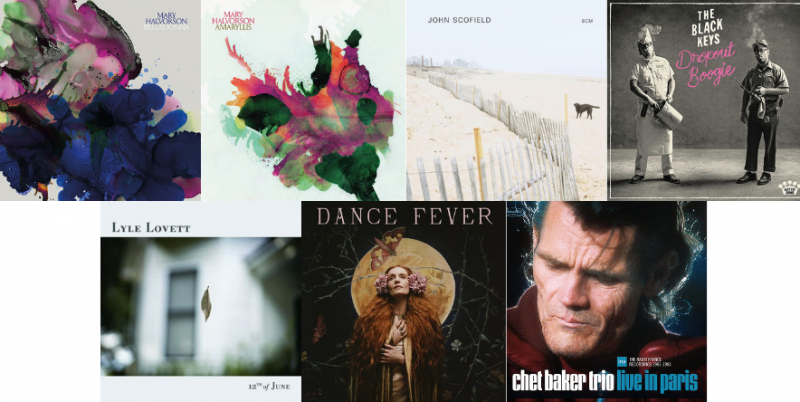 Mary Halvorson is among the most original electric guitarist of the last dozen years, and she is releasing two larger-scale projects at the same time.

Lyle Lovett, 12th OF JUNE (Verve, $14.98) – After 12 years, Lyle Lovett and his Large Band are back…with originals, as well as standards like “Cookin’ at the Continental,” “Peel Me a Grape,” and “Straighten Up and Fly Right.”

NOTE: Lyle Lovett and his Large Band will be at Wolf Trap on Saturday, August 6

NOTE: Florence + the Machine will be at Capital One Arena on Monday, September 12