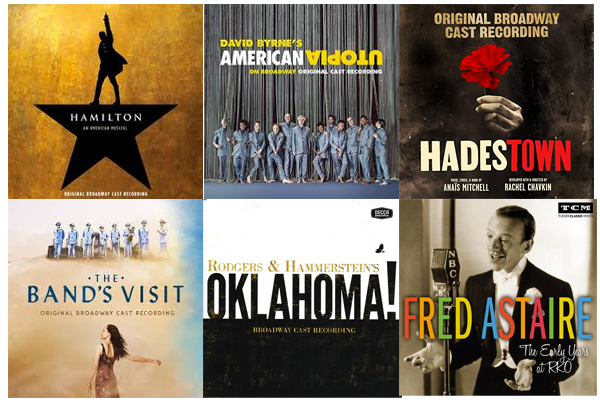 BROADWAY CAST ALBUMS (AND ONE SOUNDTRACK)

While theaters are shuttered, on and off Broadway, you can still relive musicals old and new. Among the original cast albums we have in stock:

HAMILTON (of course)...hope the touring company will be able to open at the Kennedy Center…

THE BAND’S VISIT—David Yazbek’s musical based on the Israeli film, also a Best Musical Tony winner

OKLAHOMA!—A new, stripped-down revision of the classic, a Tony winner for Best Revival

FRED ASTAIRE: THE EARLY YEARS AT RKO (2 CDs)—All the fantastic songs written by the greatest of songwriters from his musicals with Ginger Rogers, including “Night and Day,” “Top Hat, White Tie and Tails,” “Let’s Face the Music and Dance,” “Shall We Dance,” and many, many more.

To order, email me directly: agoldinger@politics-prose.com