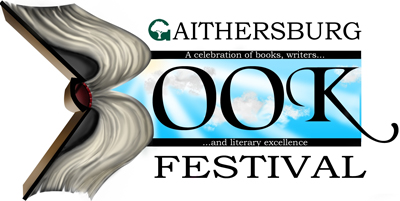 Over seven years ago, Jud Ashman, a member of the Gaithersburg town council, had an ambitious and fanciful idea: He wanted to create a first-rate literary festival in the heart of Montgomery County. Some doubted whether a suburban enclave could really attract enough readers and authors to support a full-fledged festival. But Ashman recruited a stable of local volunteers who shared his vision and love of books. And they set to work. By 2010, the Gaithersburg Book Festival was born, drawing thousands of book-hungry attendees to the Gaithersburg City Hall grounds to listen to authors, panel discussions, and other events that are free to the public.

Politics & Prose is honored to serve for the third time this year as a festival partner and the event’s bookseller. We’ll be in a large tent, handling the sale of books. And a few of our staff members will be introducing a number of the authors scheduled to speak during the day.

Thanks to Ashman’s dedication and determination, and the effort of many volunteers working with him, the festival continues to grow in size and quality.  Please join us next time. Admission is free. For more details, go to www.gaithersburgbookfestival.org.

The mission of the American Writers Museum Foundation is to establish the first national museum in the United States dedicated to engaging the public in celebrating American writers and exploring their influence on our history, our identity, our culture and our daily lives.

Which writers have inspired and influenced leaders from around the world? Which literary works from around the world have inspired American writers? Which books would help global leaders better understand American culture? The American Writers Museum explores these topics in its first online exhibit: Power of the Word: Leaders, Readers & Writers, which provides a fascinating glimpse into the reading habits and literary preferences of some of the world's most powerful leaders. Visitors to the online exhibit will learn about the favorite books and reading habits of political leaders such as Angela Merkel, Nelson Mandela, Dilma Rousseff, Yoshihiko Noda, David Cameron, Wen Jiabao, Barack Obama, among others. In a separate gallery, contemporary American writers share their early memories of reading and comment on which authors from other countries have influenced their own writing. They also suggest books by American authors that they think might help world leaders gain a better understanding of American culture. A third, interactive gallery invites the public to become part of the exhibit by recommending two or three books--fiction, nonfiction, drama, or poetry--they think world leaders should read.

You can support the American Writers Museum by shopping with Politics & Prose. The AWM brings you an assortment of items to gift or own on a special online shopping page. Any purchases made from that page - as well as other items added to your order after visiting this page - will directly benefit the Museum, as AWM will receive a portion of the proceeds from each sale. Click here to start shopping and to support the museum.

The nonprofit Washington Independent Review of Books — a labor of love produced by dozens of writers and editors mostly in the Washington, DC, metro area — is passionate about literature, the literary life, and our readers. We publish unbiased reviews, features, Q&As, events, and columns on our site daily, and host the popular Washington Writers Conference each spring.
Dedicated to supporting the local writing community, you’ll find the Independent at Politics and Prose each September for Partnership Friday; co-sponsoring the annual Gaithersburg Book Festival in April; conducting workshops and salons throughout the year; and generally pitching in anywhere folks gather to talk (and celebrate) books.
Please check out our site and find us on Twitter, Instagram, Facebook, and Pinterest.