Afternoon Tea with author Linda Przybyszewski — at The Willard 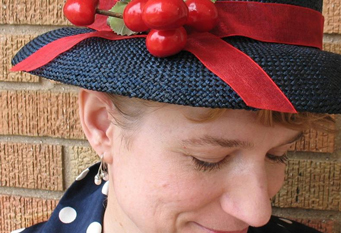 The Lost Art of Dress (Basic Books) tells the story of the “Dress Doctors,” who spoke on radio programs and at clubs all over the country to millions of American women, teaching them how to dress beautifully and thriftily for the 20th century. Przybyszewski will give an illustrated talk—and is even making her own hat for the tea.

The Willard InterContinental celebrates its literary roots partnering with famed Washington, D.C. independent bookstore, Politics & Prose on a series of teas and luncheons with notable authors and thinkers. The Series is a nod to the Willard’s literary history as the home away from home for such legendary writers as Walt Whitman, Nathaniel Hawthorne, Mark Twain, Charles Dickens, Emily Dickinson and Julia Ward Howe. The Series is curated by Politics & Prose, D.C.’s premiere independent bookstore celebrating thirty years in 2014.

This event is SOLD OUT.

If you cannot attend and wish to order a signed book, order below.

The Lost Art of Dress: The Women Who Once Made America Stylish (Hardcover)