ONLINE CLASS: Spotlight on The Works of Lauren Groff (2234) 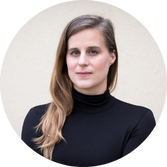 “Lauren Groff is a writer of rare gifts…with comedy, tragedy, well-deployed erudition and unmistakable glimmers of brilliance throughout [her work]” —The New York Times Book Review

In the first session, we’ll take a look at Groff’s breakout first novel, Fates and Furies, a finalist for the National Book Award and Barack Obama’s favorite book of 2015. A dazzling examination of a marriage, the book examines a marriage over the course of 24 years by examining each party’s perspective, uncovering both the truths and the secrets that lie at its core.

For the second class, we’ll look at Groff’s aptly named short story collection, Florida. Here, readers are brought into both the physical and metaphorical jungle that is Florida, a place where the hazards of the natural world lie waiting to pounce, yet the greatest threats and mysteries are still of an emotional, psychological nature. We’ll examine at least three stories, and more if there’s time. Additionally, we will compare and contrast the art of storytelling in both Groff’s longform and short form fiction.

In our final session, Groff’s latest novel, the class will dicuss Matrix (an instant New York Times bestseller, finalist for the National Book Award, and recently chosen as one of President Barack Obama's favorite books of 2021!). Rivaling Hilary Mantel’s Thomas Cromwell series, Matrix follows a 12th century teenage nun named Marie (based loosely on the poet Marie de France) who is banished to a disease-ridden English abbey and left to run the place. A book devoid of men, it explores sensuality, violence, religion, and ultimately, female power. This class will also chart Groff’s literary journey and note the similarities and differences in all her books, paying close attention to tone, voice, and recurring themes.

Brittany Kerfoot is the Director of Events at Politics and Prose and a staff writer for Eventbrite.com. She holds a Master in Fine Arts in Creative Writing from George Mason University. Her writing has been published in The Doctor TJ Eckleburg Review, Driftwood Press, and Madcap Review, among others. She is currently at work on her first novel.

Fates and Furies: A Novel (Paperback)