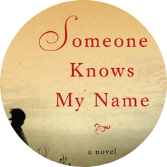 Lecture and Discussion Based

The American Revolution is most often described as involving only two sides: the patriots and the loyalists. But as historian David Olusoga observes, “There were two revolutions in the American colonies during the 1770s and 1780s.” The first and widely-known revolution involved colonists who rose up against British rule. The other lesser-known revolution, however, began with thousands of enslaved Africans revolting against their own captivity. The British, in an act of economic warfare against slave-holding patriots, declared all enslaved people free if they defected to the British side. Those declarations began the first mass emancipation of enslaved people in North America.

While there were enslaved people who hoped the ideals of life, liberty and the pursuit of happiness could one day apply to their own aspirations, many of the enslaved escaped George Washington, James Madison and Thomas Jefferson’s plantations to join the British and claim their freedom. Some of their names are recorded in "The Book of Negroes," the British military ledger that listed the 3,000 enslaved Africans who gained their freedom after escaping to British lines.

Based on the historical events surrounding the slave trade, the American Revolution and the abolitionist movement, Someone Knows My Name follows its main character Aminata Diallo, a fictional enslaved African who defects to the British side during the Revolution and escapes re-enslavement when the British lost by joining settlements of free people of color in Nova Scotia, Freetown, and London.

In our first class, we will discuss the first two section of the novel while also touching on the history of pre-colonial Africa, the slave trade, and the culture of the Gullah (the African-Americans with their own creole and culture whom Aminata enounters while enslaved in South Carolina). In our second week, we will conclude the novel while also exploring Canadian and British slavery and abolitionist histories and how Someone Knows My Name was inspired by the slave narrative genre.

Kimberly Clarke is a writer, independent scholar and educator based in Alexandria, Virginia where she pursues her research interests in 19th century Transatlantic studies, Classical studies, and Caribbean Literature. She is committed to advancing diversity, equity, and inclusion in the education sector. Dr. Clarke has over a decade of experience engaging in outreach programs and initiatives that pursue cross-cultural partnerships with diverse populations.

Someone Knows My Name (2224) Class Product