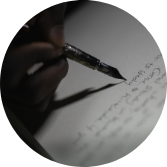 This class will explore the lives and poetry of Anne Sexton and Sylvia Plath: friends, contemporaries, women of the 1960s, poets who chose to end their lives by suicide. What were the common and unique challenges that these two poets faced?  How were they products of their time? How did class, gender, and family history intersect in their lives? How did each of them craft a poetry that transformed their suffering?  We will read Plath’s poetry alongside the acclaimed new biography Red Comet, and Sexton’s alongside the classic biography based on her therapy tapes. Four Mondays: June 6, 13, 20, 27, from 2 p.m. to 4 p.m. ET Online

Annie Finch is author of six books of poetry including Spells: New and Selected Poems and The Poetry Witch Little Book of Spells, both from Wesleyan University Press, and the epic poem on abortion Among the Goddesses, which received the Sarasvati Award. She earned a Ph.D at Stanford and has taught widely, lecturing at Berkeley, Harvard, and Oxford. Annie's books also include The Ghost of Meter (Arlt award), among other works on meter and form, as well as memoir, thealogy, cultural criticism, feminist poetics, opera libretto, and the anthology Choice Words: Writers on Abortion.  Her poems have appeared onstage at Carnegie Hall and in The Paris Review, New York Times, and Penguin Book of Twentieth-Century American Poetry. As Poetry Witch she has collaborated with artists in theater, ritual, dance, and music. Annie Finch is the founder of Poetry Witch Community, where she teaches meter, scansion, and magic.