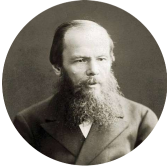 Class time will be split between lecture and discussion.

Published mere months before his death in 1881, Fyodor Dostoevsky’s The Brothers Karamazov has enjoyed more than a century of renown. Praised by personalities as diverse as James Joyce, Josef Stalin, and Akira Kurosawa, the novel’s prophetic urgency and critique of modernity remain relevant well into the twenty-first century. In this seminar, we will read the novel closely and consider it from a variety of angles—as the final great Russian novel of the nineteenth century, as a passionate but flawed defense of tradition, as a sophisticated literary experiment exploring multiple genres, as a grim portent of twentieth century violence, and as an enduring influence on literature. In addition, we’ll touch on more modern critical lenses, and examine the novel’s relationship to gender, economic inequality, and nationalism.

Instructor prefers the use of this text for class.

Sean Blink received his Ph.D. in Slavic Languages and Literatures from Yale University in 2022. His dissertation studied the relationship of modern literature about the Soviet-Afghan War to the Russian canonical tradition. Currently self-employed in writing and publishing, he’s taught extensively on a range of topics, including nineteenth century Russian literature, Vladimir Nabokov, and depictions of the Cold War in literature and film.

The Brothers Karamazov (Bicentennial Edition): A Novel in Four Parts With Epilogue (Paperback)