P&P to Open at The Wharf 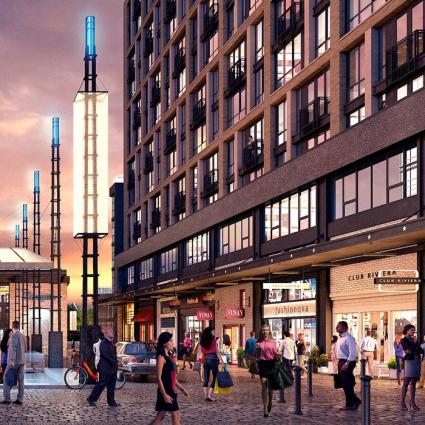 Exciting news about another branch opening! In addition to launching a new store in the Union Market area this fall, P&P also will be setting up shop at The Wharf, a mile-long waterfront development being built in southwest DC. This further expansion underscores our interest in serving additional city neighborhoods and bringing more books and more literary and cultural events to DC. It also highlights a resurgence of local independent bookstores underway not only in the Washington area but elsewhere in the United States.

Stretching along the Washington Channel of the Potomac River, the Wharf is an ambitious project that seeks to revitalize a once historic District neighborhood by joining stores and restaurants with apartments, hotels, offices, and entertainment venues in a community unlike any other in the city.

The new P&P store, due to open on October 12, will be located in The Wharf’s District Square alongside an impressive array of other tenants—among them, a 6,000-capacity music venue called The Anthem, four public piers, a waterfront promenade, a marina, the oldest continuously operating open-air fish market in the country, public parks, and much more.

The Wharf will be easily accessible by Metro via the Green Line’s Waterfront stop and the L’Enfant Plaza stop servicing the Blue, Orange, Silver, Green, and Yellow Lines. Also available will be free jitney services to East Potomac Park and a free shuttle bus to the National Mall, plus water taxi service that will connect DC’s southwest waterfront to Georgetown, Old Town Alexandria and National Harbor/MGM. Cars will have easy access to The Wharf off of I-395, and boats will be able to use the Washington Channel.

We look forward to welcoming everyone to P&P at The Wharf this autumn!