The Downsides of Amazon’s Dominance 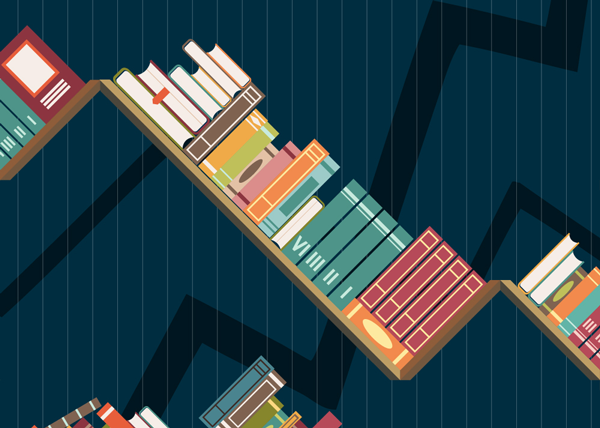 These are good days to be an independent bookseller in the United States. Sales are up for many stores, and in the past few years, indies have reclaimed a greater share of the market for physical books.

But these trends don’t tell the whole story. Many of the gains for the independents have come at the expense of big box or chain stores. Meanwhile, online sales of physical books have continued to soar, and the vast majority of this business has gone to a single retailer—Amazon.

In fact, Amazon has attained a level of dominance over the book industry that surpasses any previous bookselling company. As economist Paul Krugman observed, Amazon’s hold on the book market compares to Standard Oil’s share of the refined oil market just before it was deemed to have too much power and broken up in 1911.

Bigness by itself isn’t necessarily bad. Indeed, the convenience and discounted prices afforded by Amazon have endeared the company to many customers, making it among the most popular in America. Amazon contends that the traditional book industry needed shaking up and that its efforts have connected more authors to more readers.

But critics cite a darker, more ominous side to Amazon’s behavior that includes bullying publishers, playing favorites with authors, engaging in predatory pricing, and preying on retailers who use its platform. Further, the online giant’s downward pricing pressures are said to have made publishers more risk averse and reduced opportunities and pay for many authors.

Even bestselling writers like Scott Turow, who has profited from Amazon’s ability to distribute his legal thrillers, now argue for government antitrust action. “Amazon has been great for me,” Turow remarked, “but I object to it because they’re the Darth Vader of the literary world, they haven’t been a force for good.”

Turow spoke at a recent Washington forum sponsored by New America and featuring authors, literary agents, journalists, and legal experts intent on raising public awareness of the dangers posed by Amazon to America’s book culture. “Without the prospect of government intervention, we face the prospect of a nuclear winter in book publishing,” warned Mark Coker, who heads the ebook distribution platform Smashwords.

Several organizations representing authors and booksellers petitioned the Justice Department last summer to investigate Amazon, accusing the company not only of harming the book industry but impeding the free flow of ideas. Justice officials who met with some of the petitioners in September left the impression they were giving the matter serious consideration, according to author Douglas Preston, an influential Amazon detractor and founder of Authors United.

And this month the American Booksellers Association released a study with Civic Economics that shows how Amazon damages local economies by eliminating more jobs and tax revenues than it generates. The study found that in 2014, Amazon cost local and state governments more than $1 billion in uncollected sales taxes and lost property taxes and produced a net drop of 135,973 retail jobs. Even so, the study noted, this hasn’t stopped government officials from bestowing grants, tax breaks, road improvements, and other benefits on Amazon.

But the most compelling argument against Amazon’s dominance of the book industry may be less economic than cultural. Whatever case can be built on such technical grounds as price effects, barriers to entry, or discriminatory actions, Amazon may be most vulnerable for having amassed a chokehold on a vital part of the American marketplace of ideas. This one company now has considerable say in determining who and what we read.

The Obama administration has shown little political will for antitrust enforcement. Its biggest legal action in the book industry so far—suing five publishers and Apple for price collusion aimed at reducing Amazon’s share of the ebook market—actually worked in Amazon’s favor. So the odds of government lawyers challenging Amazon now appear low. Still, European officials are examining Amazon’s tactics, which could compel greater action here. And efforts like those this month by the ABA and New America point to a determined campaign to educate the public about the costs of letting Amazon go unchecked.