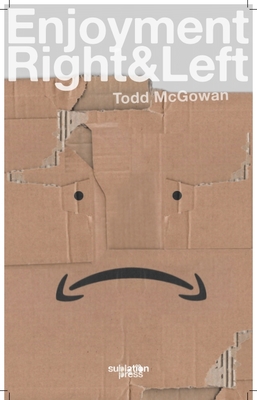 While understanding the psychic structure of pleasure and desire might seem to be unrelated to grasping our current political crisis, Todd McGowan argues that the intrinsically excessive nature of enjoyment is critically important to this effort. In a world that appears completely divided between right and left, McGowan calls for a universal form of enjoyment that unites people in an egalitarian project. Todd McGowan's previous books include Emancipation After Hegel, Capitalism and Desire, and The Impossible David Lynch, among others. He teaches theory and film at the University of Vermont.