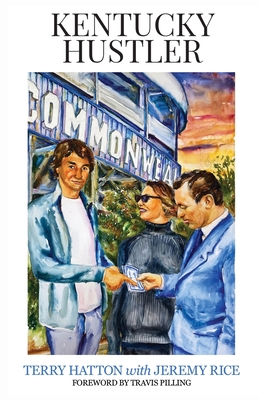 Hatton, the last name of our ticket scalping protagonist, hangs on a blue banner in the rafters at University of Kentucky's Rupp Arena. Terry Hatton, the son of UK basketball legend Vernon Hatton, believes in the business of family fun. After navigating an international criminal underworld, while raising his family in the Mormon Church, Terry must take revenge on his childhood best friend to bring an empire of indoor theme parks to his home state of Kentucky. Exploring the alternating themes of wholesomeness and ruthlessness, Kentucky Hustler is a unique slice of Mormon family life in the South. Whether he's celebrating the strength of his mother in a competitive basketball home, driving his alcoholic ticketing mentor to AA meetings, or shedding tears as his son opens his LDS mission call on Lake Zurich against the backdrop of an international soccer tournament, there is universal appeal for audiences of any background in Terry's continued comedic tenderness. Even as he harnesses the ruthlessness he learned in the street to exact retribution from his childhood best friend and build a family fun center empire, Terry's life journey is an endearing tale that shows the importance of family love in the face of narcissistic capitalism. Told in three acts, Kentucky Hustler is a first-person memoir of basketball, self-reliance in the streets, religious perseverance, and out-living your father's expectations while never forgetting to love and laugh with your family.