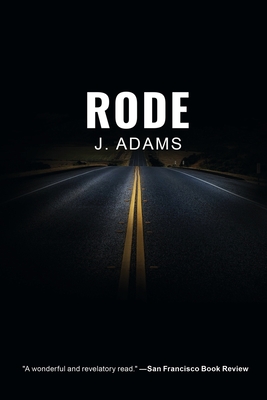 A second-coming-of-age novel set between early aughts San Francisco and northern New Mexico, Rode chronicles the challenges of friendship, love, and loss, the costs of being unable to commit, and the detours we sometimes take in life that end up leading us to the path forward.

It's a bad night not to have wheels. Stranded in the rain, pacing the sidewalk, Jack gradually confronts the events that led him there and just how far off-track he's gotten. A former firefighter now involved in more questionable pursuits, he views his present with trepidation and his past with regret. Memories of the men and women who once cared for him are the company he keeps, but with each passing reminiscence, Jack inevitably reaches the point in the story where the relationship went wrong. For a while, he's able to avoid thinking about the worst thing that's happened, but he won't to be able to keep it from himself forever.