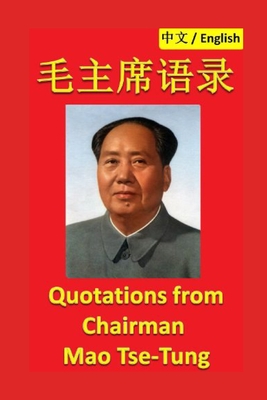 
Not On Our Shelves—Ships in 1-5 Days
(This book cannot be returned.)
Quotations from Chairman Mao Tse-tung is a book of statements from speeches and writings by Mao Zedong (formerly romanized as Mao Tse-tung), the former Chairman of the Chinese Communist Party, published from 1964 to about 1976 and widely distributed during the Cultural Revolution.The most popular versions were printed in small sizes that could be easily carried and were bound in bright red covers, thus commonly becoming known internationally as the Little Red Book.