At the Back of the North Wind: Annotated (Paperback) 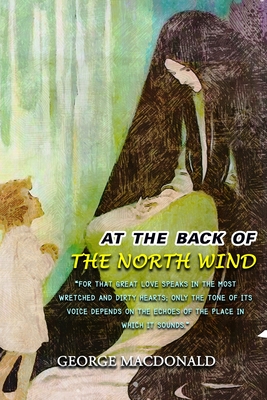 At the Back of the North Wind: Annotated (Paperback)

At the Back of the North Wind by George MacDonald

The story tells of a young man named Diamond, the son of a coachman in an English country mansion. Diamond sleeps in the haystack above the stables and is disturbed at night by the wind blowing through the holes in the wall. He tries to cover them up, but one night, he hears an imperious voice scolding him for doing this It is the magnificent North Wind that speaks to him and tells him that he has closed his windows. Puzzled and intrigued, Diamond begins a conversation with this haughty lady who then invites him to travel with her and see the wide world. What follows is a series of wonderful adventures and experiences in which the great North Wind teaches Diamond the most valuable lessons a human being can learn: about truth, goodness, beauty, and love.

The book is said to have inspired writers like CS Lewis. The author, George Macdonald, was a literary luminary of his day. A friend of the great artists, writers, and philosophers of the time such as John Ruskin, Charles Dickens, Wilkie Collins, Antony Trollope, Walt Whitman, Henry Wadsworth Longfellow, and many others, he was an ordained minister of the Church as well as being a talented poet. and writer. His work includes novels, fantasy stories, children's stories, poetry, non-fiction, and religious treatises. He was also a strong advocate of criminal reform and opposed punishment in any form, believing that love could conquer all.

Behind the North, Wind has been seen by many scholars as an allegorical tale. But for young readers, it is simply an exciting fantasy story.