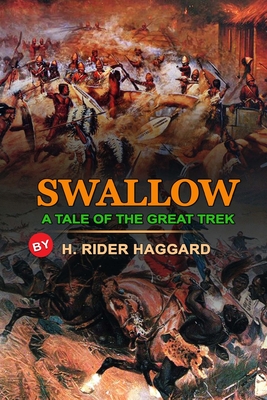 
Special Order—Subject to Availability
(This book cannot be returned.)
Ditchingham, 20th May, 1898.My dear Clarke, Over twenty years have passed since we found some unique opportunities of observing Boer and Kaffir character in company; therefore it is not perhaps out of place that I should ask you to allow me to put your name upon a book which deals more or less with the peculiarities of those races-a tale of the great Trek of 1836.You, as I know, entertain both for Dutchman and Bantu that regard tempered by a sense of respectful superiority which we are apt to feel for those who on sundry occasions have but just failed in bringing our earthly career to an end. The latter of these admirations I share to the full; and in the case of the first of them, as I hope that the dour but not unkindly character of Vrouw Botmar will prove to you, time softens a man's judgment. Nor have I ever questioned, as the worthy Vrouw tells us, that in the beginning of the trouble the Boers met with much of which to complain at the hands of English Governments. Their maltreatment was not intentional indeed, but rather a result of systematic neglect-to use a mild word-of colonies and their inhabitants, which has culminated within our own experience, only, thanks to a merciful change in public opinion, to pass away for ever. Sympathy with the Voortrekkers of 1836 is easy; whether it remains so in the case of their descendants, the present masters of the Transvaal, is a matter that admits of many opinions. At the least, allowance should always be made for the susceptibilities of a race that finds its individuality and national life sinking slowly, but without hope of resurrection, beneath an invading flood of Anglo-Saxons.But these are issues of to-day with which this story has little to do.Without further explanation, then, I hope that you will accept these pages in memory of past time and friendship, and more especially of the providential events connected with a night-long ride which once we took on duty together among the "schanzes" and across the moon-lit paths of Secocoeni's mountain.Believe me, my dear Clarke, Your sincere friend, H. Rider Haggard.To Lieut.-Colonel Sir Marshal Clarke, R.A., K.C.M.G.