Jesus and the Shamanic Tradition of Same-Sex Love (Paperback) 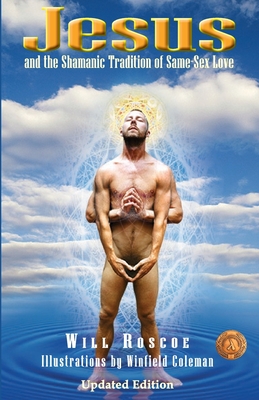 Jesus and the Shamanic Tradition of Same-Sex Love (Paperback)

By Winfield Coleman (Illustrator), Will Roscoe


Not On Our Shelves—Ships in 1-5 Days
(This book cannot be returned.)
Jesus and the Shamanic Tradition of Same-Sex Love is a passionate exploration of the history of Western religion as seen through the queer eye of one of the most widely acclaimed authors in gay spirituality. Drawing on recently discovered ancient sources, Will Roscoe offers a striking new view of Jesus as a charismatic mystic, whose teachings on love and the kingdom of heaven were complemented by a secret rite that served to impart the experience of entering heaven. After meticulously reconstructing this rite, Roscoe seeks its ultimate origins--an odyssey that eventually leads him to the margins of the inhabited world, where the ancient practices of shamanism survive to today. Whether discussing early Christianity, Plato's Symposium, the rites of shamans, or the myths of ancient Mesopotamia, Roscoe uncovers fresh insights at every turn. He builds a persuasive argument that mysticism and gay love are powerfully connected, and that this connection forms a hidden tradition in the history of Western religion. This new release updates references to substantiating information and reports on the response to those ideas in the decade since the book's first publication.Jesus and the Shamanic Tradition of Same-Sex Love won the 2004 Lambda Literary Award for Spirituality/Religion.