A Pickle for The Knowing Ones (Paperback) 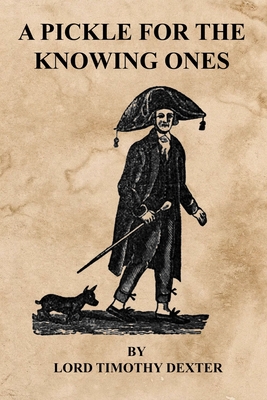 A Pickle for The Knowing Ones (Paperback)


Special Order—Subject to Availability
(This book cannot be returned.)
At age 50, Dexter authored A Pickle for the Knowing Ones or Plain Truth in a Homespun Dress, in which he complained about politicians, the clergy, and his wife. The book contained 8,847 words and 33,864 letters, but without punctuation and seemingly random capitalization. Dexter initially handed his book out for free, but it became popular and was reprinted eight times. In the second edition, Dexter added an extra page which consisted of 13 lines of punctuation marks with the instructions that readers could distribute them as they pleased.