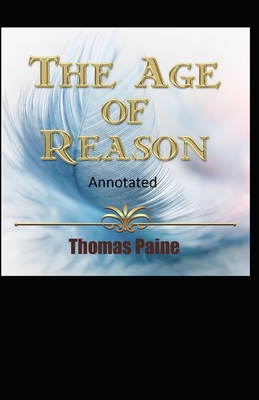 
Special Order—Subject to Availability
(This book cannot be returned.)
The Age of Reason: Being an Investigation of True and Fabulous Theology, a deistic treatise written by eighteenth-century British radical and American revolutionary Thomas Paine, critiques institutionalized religion and challenges the inerrancy of the Bible. Published in three parts in 1794, 1795, and 1807, it was a bestseller in America, where it caused a short-lived deistic revival. British audiences, however, fearing increased political radicalism as a result of the French revolution, received it with more hostility. The Age of Reason presents common deistic arguments; for example, it highlights the corruption of the Christian Church and criticizes its efforts to acquire political power. Paine advocates reason in the place of revelation, leading him to reject miracles and to view the Bible as an ordinary piece of literature rather than as a divinely inspired text. The Age of Reason is not atheistic, but deistic: it promotes natural religion and argues for a creator-God.