Journey of a Falcon: Contemporary YA Romance (Dance) (Paperback) 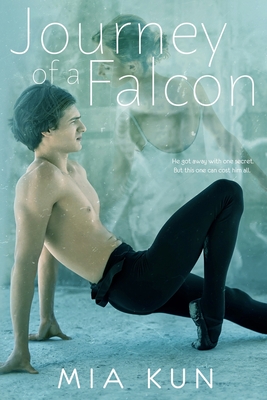 Journey of a Falcon: Contemporary YA Romance (Dance) (Paperback)


Not On Our Shelves—Ships in 1-5 Days
(This book cannot be returned.)
The second instalment of the Thornfield series. Find out the answer to all the questions left unanswered at Journey of the Butterfly.He got away with one secret. But this one can cost him all.All Alex ever wanted was to be a normal teenager: to quit dancing, to stop living by other people's rules, and most importantly to lift the weight of his mother's unhappiness off his shoulders.With Katherine gone from Thornfield he finds himself once again on the crossroad between his love and loyalty towards Kat and following his dream. But this time around he has an even bigger secret to carry. Alex has to solve the puzzle left behind while balancing schoolwork, coaching Seth and building a relationship with his father. All that and keeping his emotions under control. Meanwhile Katherine has moved onto bigger and better things outside of Thornfield.Eventually, he will need to decide what price is he willing to pay for another person's happiness. Will Alex run out of time and have to confess the truth to Kat, or will he succeed in untangling all the pieces left unsolved before they pull the curtains for Kat's premier?Will Kat's and Alex's relationship survive this secret or will this be the end of their bond?For the fans of Tiny Pretty Things and Pretty Little Liars.