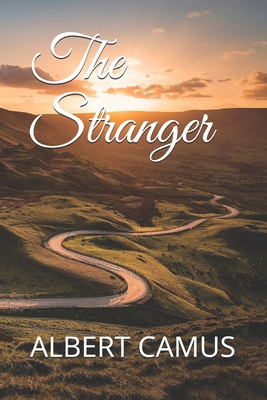 
Not On Our Shelves—Ships in 1-5 Days
(This book cannot be returned.)
hrough the story of an ordinary man unwittingly drawn into a senseless murder on an Algerian beach, Camus explored what he termed "the nakedness of man faced with the absurd." First published in English in 1946; now in a new translation by Matthew Ward.
opsis 2: The Stranger is the enigmatic first novel by Albert Camus, published in French as L' tranger in 1942. It was published as The Outsider in England and as The Stranger in the United States. Camus utilized The Stranger as a platform to explore absurdity, a concept central to his writings and at the core of his treatment of questions about the meaning of life. Camus's concept of the absurd instead implored people to accept life's lack of meaning and rebel by rejoicing in what life does offer. Elements of this philosophy can be seen in the protagonist, Meursault, as he refuses to behave as if there is meaning where there is none-or, as Camus himself put it in a preface to The Stranger, Meursault "does not play the game." Society thus feels threatened and cuts off Meursault's head. Similar themes can be seen in Camus's essay Le Mythe de Sisyphe (The Myth of Sisyphus), also published in 1942. About the Author
ALBERT CAMUS was born in Mondovi, Algeria, in 1913. After winning a degree in philosophy, he worked at various jobs, ending up in journalism. In the thirties he ran a theatrical company, and during the war was active in the French Resistance, editing an important underground paper, Combat. Among his major works are four widely praised works of fiction, The Stranger (1946), The Plague (1948), The Fall (1957), and Exile and the Kingdom (1958); a volume of plays, Caligula and Three Other Plays (1958); and two books of philosophical essays, The Rebel (1954) and The Myth of Sisyphus (1955), both of which are available in the Vintage series. Albert Camus was awarded the Nobel Prize for Literature in 1957. He was killed in an automobile accident on January 4, 1960.