The Oracles: My Filipino Grandparents in America (Paperback) 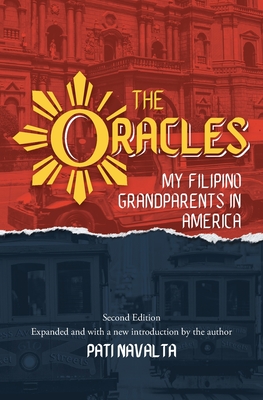 The Oracles: My Filipino Grandparents in America (Paperback)

As a young girl growing up in California, Pati Navalta was amazed and dismayed to watch her Grandma Fausta washing clothes by hand when there was a perfectly good washer and dryer in the house Only years later did she begin to understand how much she had needed this native Filipina to bring her own heritage to her door.

After Fausta came to California to help care for Pati and her brother, three more grandparents arrived, one by one. She came to think of them as "the Oracles" because of the mysterious, sometimes stifling, but ultimately important traditions they brought with them.

The Oracles is the vivid memoir of a gifted young writer who, like so many others, has struggled with the traditional values of a culture she has never known. In sharp and unforgettable glimpses we see the shadows of superstition, the force of religion, and the embrace of family-sometimes welcome, sometimes not. Navalta presents an altogether honest and engaging portrait of generational strife and the clash of values in a Filipino American household that seeks to maintain its ties to family and homeland.