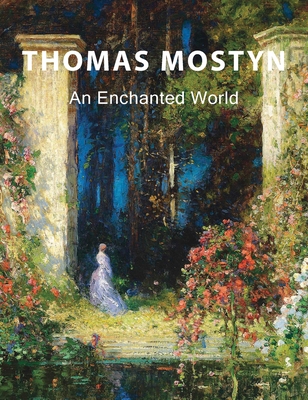 Thomas Mostyn (1864-1930) was a well-respected British painter active during the last decade of the 19th century and the first three decades of the 20th century. People and nature formed the main inspiration for his work, and Mostyn kept experimenting with the style and subjects he captured on the canvas during his career. In the 1890s, he was primarily interested in capturing nature with a high degree of realism, but his works gradually incorporated more imaginary elements. Like many other artists, World War I strongly influenced his artistic vision. By the end of the war in 1918, Mostyn became successful with his unique enchanted garden scenes, which form the most significant part of his oeuvre.

The majority of Thomas Mostyn's art is part of private collections around the world, but more than 70 of his works are on display in museums, primarily in England. Many of his works are now regularly sold at public auctions, providing us with a great look into the artistic mind of Mostyn. This richly-illustrated coffee table book provides a stunning overview of the artist and his work.