The Daughters of Izdihar (Compact Disc) 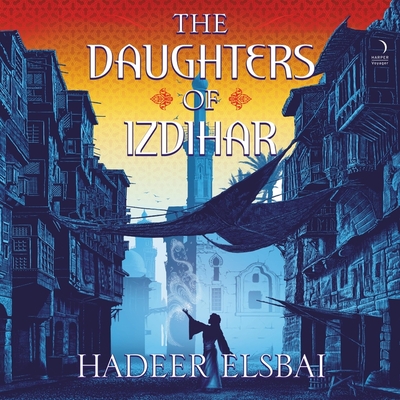 The Daughters of Izdihar (Compact Disc)

From debut author Hadeer Elsbai comes the first book in an incredibly powerful new duology, set wholly in a new world, but inspired by modern Egyptian history, about two young women--Nehal, a spoiled aristocrat used to getting what she wants and Giorgina, a poor bookshop worker used to having nothing--who find they have far more in common, particularly in their struggle for the rights of women and their ability to fight for it with forbidden elemental magic

As a waterweaver, Nehal can move and shape any water to her will, but she's limited by her lack of formal education. She desires nothing more than to attend the newly opened Weaving Academy, take complete control of her powers, and pursue a glorious future on the battlefield with the first all-female military regiment. But her family cannot afford to let her go--crushed under her father's gambling debt, Nehal is forcibly married into a wealthy merchant family. Her new spouse, Nico, is indifferent and distant and in love with another woman, a bookseller named Giorgina.

Giorgina has her own secret, however: she is an earthweaver with dangerously uncontrollable powers. She has no money and no prospects. Her only solace comes from her activities with the Daughters of Izdihar, a radical women's rights group at the forefront of a movement with a simple goal: to attain recognition for women to have a say in their own lives. They live very different lives and come from very different means, yet Nehal and Giorgina have more in common than they think. The cause--and Nico--brings them into each other's orbit, drawn in by the group's enigmatic leader, Malak Mamdouh, and the urge to do what is right.

But their problems may seem small in the broader context of their world, as tensions are rising with a neighboring nation that desires an end to weaving and weavers. As Nehal and Giorgina fight for their rights, the threat of war looms in the background, and the two women find themselves struggling to earn--and keep--a lasting freedom.