The Sweetest Love of All (Paperback) 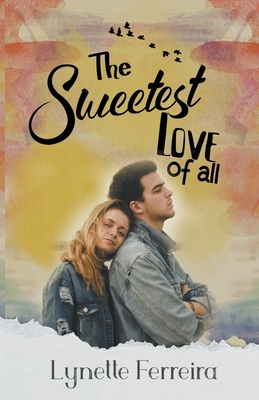 The Sweetest Love of All (Paperback)

The Sweetest Love of All is a collection of love stories for teenagers and young adults.

Daimhin is desperate to hide Taylor from Death. Taylor Fergusson should have died just days after she was born. Accidents and mishaps kept happening to her until she and Daimhin, the Guardian Angel sent to fetch her, made a deal. When upper management discovers Daimhin did not take Taylor's soul the first time he was supposed to, his own future is in jeopardy.

Chrissie Taylor receives a scholarship and her parents are happy and proud, and her father privately says that now she won't have to go to school with so many black kids but a black kid at the Academy catches her eye the moment she sees him. Vincent almost makes her forget her attraction to flirtatious, suntanned, blond Johnathan who has most of the girls in school interested in him.

SAMANTHA AND THE EMPATH

Daryl Foley has a super power. He can feel another's emotions as if they are his own. Usually when Daryl likes a girl, the feeling is always mutual and dating is easy until he meets Samantha. He cannot perceive her emotions, at all. For the first time in his life, Daryl feels true attraction and discovers -- the girl he cares for, is in danger.