Of Myths And Men (Paperback) 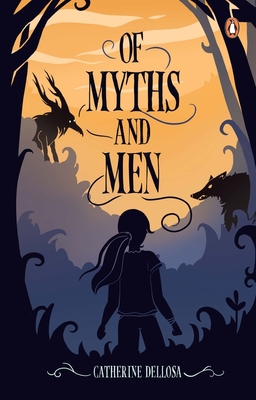 Of Myths And Men (Paperback)


Special Order—Subject to Availability
Eighteen-year-old Ava has saved the world 152 times—ever since she got her hands on her first console. It's all fun and games, but after a mysterious encounter with not-a-vampire Brad, she discovers that the mythological creatures she’s only ever seen in video games are actually totally real. Brad reveals they’re alien refugees living among humans—bonus points because Ava finds the guy really, really cute.

As she's suddenly thrust into a quest with a surfer wendigo, a friendly manananggal, a telepathic nine-tailed fox, a Sudoku-loving centaur, and a huggable Bigfoot, Ava embarks on an actual mission to fend off an alien invasion—and she soon realizes that this time, she just might need to save the world for real.
Where's a save point when you need one?
Catherine Dellosa Lo plays video games for a living, reads comics for inspiration, and writes fiction because she’s in love with words. She lives in Manila, Philippines with her husband, whose ideas fuel the fire in her writing. She has penned The Bookshop Back Home and Raya and Grayson’s Guide to Saving the World as part of #romanceclass, a community of Filipino authors who’re equally in love with words.