A Course in Game Theory (Hardcover) 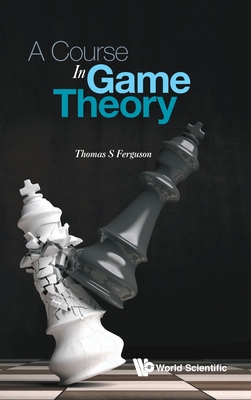 A Course in Game Theory (Hardcover)


Not On Our Shelves—Ships in 1-5 Days
(This book cannot be returned.)
Game theory is a fascinating subject. We all know many entertaining games, such as chess, poker, tic-tac-toe, bridge, baseball, computer games -- the list is quite varied and almost endless. In addition, there is a vast area of economic games, discussed in Myerson (1991) and Kreps (1990), and the related political games Ordeshook (1986), Shubik (1982), and Taylor (1995)]. The competition between firms, the conflict between management and labor, the fight to get bills through congress, the power of the judiciary, war and peace negotiations between countries, and so on, all provide examples of games in action. There are also psychological games played on a personal level, where the weapons are words, and the payoffs are good or bad feelings Berne (1964)]. There are biological games, the competition between species, where natural selection can be modeled as a game played between genes Smith (1982)]. There is a connection between game theory and the mathematical areas of logic and computer science. One may view theoretical statistics as a two-person game in which nature takes the role of one of the players, as in Blackwell and Girshick (1954) and Ferguson (1968).Games are characterized by a number of players or decision makers who interact, possibly threaten each other and form coalitions, take actions under uncertain conditions, and finally receive some benefit or reward or possibly some punishment or monetary loss. In this text, we present various mathematical models of games and study the phenomena that arise. In some cases, we will be able to suggest what courses of action should be taken by the players. In others, we hope simply to be able to understand what is happening in order to make better predictions about the future.