Earthquakes and Animals: From Folk Legends to Science (Hardcover) 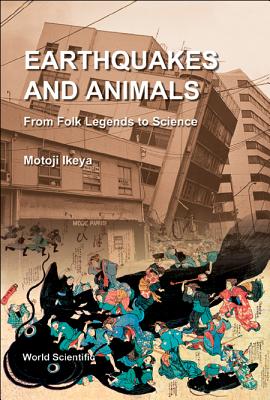 Earthquakes and Animals: From Folk Legends to Science (Hardcover)


Special Order—Subject to Availability
Those who survive major earthquakes often report the occurrence of mysterious phenomena beforehand -- unusual animal and plant behavior, lightning, strange clouds and malfunctioning electrical appliances. In fact these stories are legendary the world over. But are they merely legends? Are the many people who report them just superstitious or suffering from over-active imaginations?Earthquakes and Animals brings objective science to bear on these old legends. But this is not the suspect science associated with recent attempts to validate UFO sightings. The book places in front of the reader the simple laboratory evidence for the behaviour of animals, plants and objects when they are subjected to intense electromagnetic pulses. In many cases they behave in ways that have been recorded for centuries -- and are still reported today -- as earthquake-related.Written for both the general public and scientists, Earthquakes and Animals demonstrates experimentally a physical basis for the old earthquake legends. It also adds tantalisingly to the science of earthquake prediction and cautiously suggests a legitimate new field of study -- electromagnetic seismology.