Changjiang Riverine and Estuarine Hydro-Morphodynamic Processes: In the Context of Anthropocene Era (Hardcover) 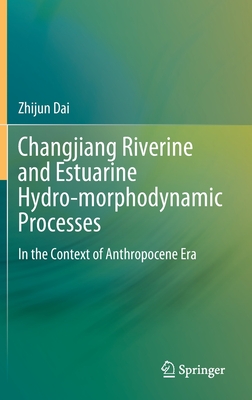 Changjiang Riverine and Estuarine Hydro-Morphodynamic Processes: In the Context of Anthropocene Era (Hardcover)


Not On Our Shelves—Ships in 1-5 Days
This book provides a comprehensive and systematic analysis of the morphodynamic process of the Changjiang River from upstream to estuary in the Anthropocene. As the longest river in China, the Changjiang River has nurtured Chinese civilization with ample natural resources for thousands of years. Evidence highlights that the Changjiang River has experienced intensive human interference and indicated dramatic changes in the Anthropocene, including "no flood in flood season, no dry in dry season" in discharge; "less flood in flood season, more dry in dry season" in sediment; riverbed shifts from accretion to erosion; lakes in the middle-lower reach turn from sediment sink to source; estuarine tidal flat exhibits self-organization characteristics and maintains the current accretion state; estuarine branches that connect to the sea show district morphodynamic patterns; and depocenters of the submerged delta indicate periodic shifts. The book stresses that dam construction upstream, practically the Three Gorges Dam, the world's largest hydraulic engineering project, has significant influences on the hydrology and geomorphology of the middle-lower reach but has a slight effect on estuarine delta development. The geomorphological structure of the estuarine channel is dominated by local land reclamation, navigation, and dredging. This book clarifies the river-estuary morphodynamics of the Changjiang River and indicates the general features of global mega rivers under human interference as well as their own response mechanisms. This book also exhibits the potential risk of river-estuary deltas in the future, as both material and dynamics are experiencing acceleration adjustment.

Professor Dai is a professor in the State Key Laboratory of Estuarine and Coastal Research' East China Normal University, Shanghai. Dr Dai is interested in riverine, estuarine and coastal system risk analysis; coastal and ocean resource management; riverine, estuarine, and coastal morphodynamics;, wetland hydrological process and has gained excellent achievements. He has published over 70 research paper in international journals and 5 monographs. He has been the leader of over10 national natural science foundation of China, including the national key program. Prof. Dai has obtained a number of national or provincial awards. He has won the program for New Century Excellent Talents at Chinese University. Dr Dai has been a visit scholar in the Netherland and America, and developed a long cooperation with America, Britain, and the Netherlands. Meanwhile, he serves as editorial board member of Geomorphology, Ocean and Coastal Management, Water, Scientific Reports, and an associate editor of Frontiers of Earth Science.