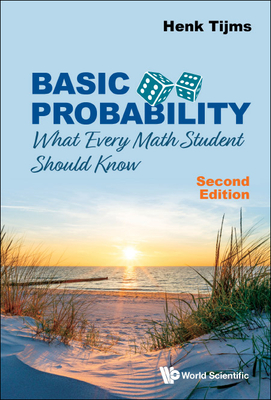 
Not On Our Shelves—Ships in 1-5 Days
(This book cannot be returned.)
The second edition represents an ongoing effort to make probability accessible to students in a wide range of fields such as mathematics, statistics and data science, engineering, computer science, and business analytics. The book is written for those learning about probability for the first time. Revised and updated, the book is aimed specifically at statistics and data science students who need a solid introduction to the basics of probability.While retaining its focus on basic probability, including Bayesian probability and the interface between probability and computer simulation, this edition's significant revisions are as follows: The approach followed in the book is to develop probabilistic intuition before diving into details. The best way to learn probability is by practising on a lot of problems. Many instructive problems together with problem-solving strategies are given. Answers to all problems and worked-out solutions to selected problems are also provided.Henk Tijms is the author of several textbooks in the area of applied probability. In 2008, he had received the prestigious INFORMS Expository Writing Award for his work. He is active in popularizing probability at Dutch high schools.