The Sikh Next Door: An Identity in Transition (Hardcover) 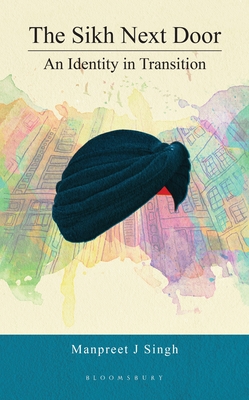 The Sikh Next Door: An Identity in Transition (Hardcover)

The Sikh Next Door is an analysis of Sikh identity as formulated through the many turns that lie between the past and the present. It dwells on transitions incurred and their reflection in the changing profile of the community.
In a departure from the traditional frame of reference, the work situates the community in an urban landscape, veering the focus away from the once highlighted martial, agricultural and even militant tropes. In doing so, it redraws the narrative by bringing in identities once edged out and by re-profiling those which no longer fit the old frame.

It also establishes the need to bring these evolving facets into social cognition. This includes a re-look at the jaded, sometimes misleading stereotypes surrounding the community and the possibility of more nuanced representations. The community's own changing modes of engagement and measures of self- representation are posited as steps in the direction.
Dr Manpreet J. Singh has done her PhD in English Literature from University of Mumbai. Most recently, she taught with the Department of English, Mata Sundri College for Women, University of Delhi. In 2014, the centenary year of the Komagata Maru incident, she was awarded senior fellowship for research on the Sikh community by the Indo-Canadian Studies Centre, University of Mumbai. It was funded by British Columbia province, Canada. Her report on the Sikh diaspora in British Columbia is being published in a forthcoming title by CoHaB, Indian Diaspora Centre, University of Mumbai (2020). Her interests centre around contemporary literature, gender studies, ethnic identities, popular culture, postcolonial perspectives and their intersections. Her previous works include a collection of poems titled The Golden Arc (1991) and Male Image Female Gaze: Men in the Fiction of Shashi Deshpande (2012). She currently resides in Mumbai, India.