Jewish Heritage of the Deccan: Mumbai, the Northern Konkan and Pune (Paperback) 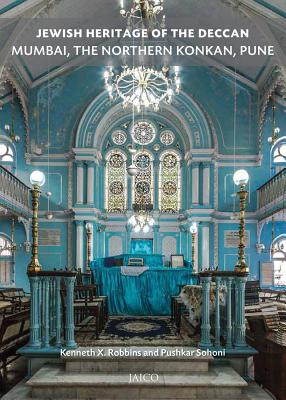 Jewish Heritage of the Deccan: Mumbai, the Northern Konkan and Pune (Paperback)


Special Order—Subject to Availability
- A well-priced first guidebook devoted to the architectural heritage of the Jews of the Deccan - Features newly commissioned photography Jews living today in the state of Maharashtra in the Deccan region of India number little more than several thousand. Yet abundant vestiges are still evident of the once much larger ancient Bene Israel, and the more recent migr Baghdadi Jews. Monuments and sites are preserved in Mumbai (Bombay) and Pune (Poona), as well as in the smaller towns in the northern Konkan region. They include synagogues and cemeteries, as well as hospitals, schools, libraries, and research institutions, as well as mills and other commercial buildings. This one-of-a-kind guidebook invites travelers and others into this little known, but rich part of India's architectural heritage.
Kenneth X. Robbins is a psychiatrist based in Washington D.C., as well as a collector of South Asian art, and historian of expatriate communities in India. He is co-editor of African Elites in India: Habshi Amarat (Ahmedabad, 2006) and Western Jews in India (New Delhi, 2013). He curated an exhibition on Jews in India at the Indira Gandhi National Centre for the Arts, New Delhi, in 2017.