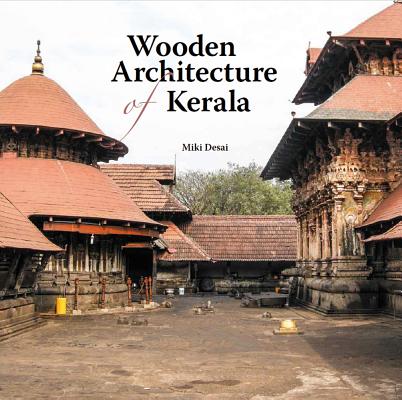 
Special Order—Subject to Availability
- One of few books which document the distinctive wooden architecture of Kerala - Provides detailed social and cultural commentary on the background - Accompanied with several images, maps and plans It was in the late 1960s and '70s that the author, then a student of architecture, first encountered built environments belonging to the genres of folk or vernacular traditions. The persistent exclusion of these traditions from the modern urban vision compelled Miki Desai to document these styles, culminating in this volume on the wooden architecture of Kerala. This book explores the socio-cultural and the tectonic aspects of Kerala's wooden architecture, which is deeply rooted in religious and secular customs and shaped by geo-climatic forces. The author's multi-disciplinary approach links the various ethnic groups residing in Kerala, and the mutual adoption and adaptation of construction systems within migrant groups. Despite being a living tradition serving millions of people, vernacular architecture in India has not received the academic and analytical attention it deserves. This volume attempts to fill this research gap, a need made more urgent by the fact that the built environment is changing and the traditional ways of building may get replaced by the modern much faster than we can imagine. Published in association with DC School of Architecture and Design.
Miki Desai is a recipient of the Fulbright Fellowship, 2000, and the Graham Grant, 2005. He is the author of Architekture in Gujarat, Indien: Bauernhof, Stadthaus, Palast, and the co-author of Architecture and Independence: The Search for Identity: India 1880 to 1980. He received the Earthwatch fellowship in 1996. He has taught and lectured at many universities in Europe and the USA.