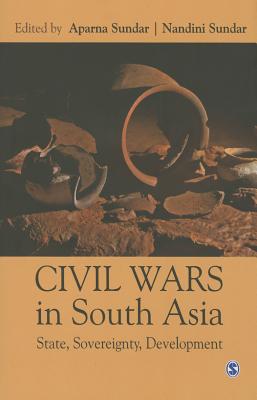 
Not On Our Shelves—Ships in 1-5 Days
(This book cannot be returned.)
South Asia has become the site of major civil or internal wars, with both domestic and global consequences. The conflict in Kashmir, for example, continues to make headlines, while those in the Northeast and central India simmer, though relatively unnoticed. There appears to be no clear resolution to the civil war and occupation in Afghanistan, even as Nepal and Sri Lanka work out their very different post-war settlements. In Bangladesh, the war of 1971 remains a political fault line, as the events around the War Crimes Tribunal show.

This volume demonstrates the importance of South Asia as a region to deepening the study of civil wars and armed conflicts and, simultaneously, illustrates how civil wars open up questions of sovereignty, citizenship and state contours. By engaging these broader theoretical debates, in a field largely dominated by security studies and comparative politics, it contributes to the study of civil wars, political sociology, anthropology and political theory.

This volume is one of the few books that is genuinely and equally representative of scholarship across South Asia, contributing not just to the study of civil wars, but also to the study of South Asia as a region.