Lectures on the Philosophy of History (Paperback) 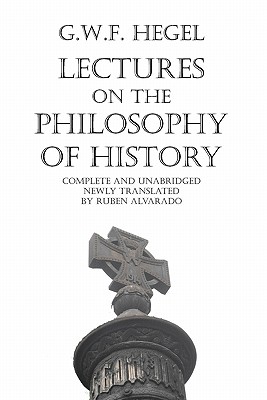 Lectures on the Philosophy of History (Paperback)

By Georg Wilhelm Friedrich Hegel, Ruben Alvarado (Translator), John Sibree (Based on a Book by)


Not On Our Shelves—Ships in 1-5 Days
(This book cannot be returned.)
This is the first complete translation in over 150 years of what many consider to be Hegel's most accessible work. The Lectures on the Philosophy of History are a tour-de-force, an audacious attempt to summarize world history and the purpose behind it. Was Hegel the progenitor of the power-state that unified Germany became? The Lectures, the mature fruit of Hegel's thought, provide many relevant clues. Hegel saw the growth of freedom as the purpose behind history, but he also argued that such freedom could not take root and flourish apart from a state able to impose and enforce the rule of law.