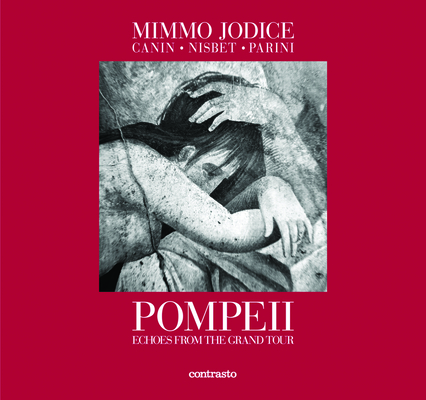 Pompeii: Echoes from the Grand Tour is a collection of fifty-three photographs of Pompeii, never before published, shot by the master photographer Mimmo Jodice. This book includes unique images--visions conjuring up a long-lost past tradition--coupled with texts by Ethan Canin, Jim Nisbet, and Jay Parini. Photography and the art of narration come together in this book to celebrate Pompeii and its renewed splendor.

Jay Parini: JAY PARINI is an American poet, novelist, and critic. His is AxinnProfessor of English at Middlebury College in Vermont. His seven novels include The Apprentice Lover, Benjamin's Crossing, and The Last Station, which was recently made into an Academy Award-nominated film starring Helen Mirren and Christopher Plummer. His five books of poetry include The Art of Subtraction: New and Selected Poems. He has written biographies of John Steinbeck, Robert Frost, and William Faulkner, and has published numerous books of criticism and reflection, including Some Necessary Angels: Essays on Literature and Politics. He writes often for various newspapers, such as The Guardian in Britain and The New York Times in the U.S. His grandparents came from Rome and Genoa, and he has lived with his family in Amalfi and Umbria at different times in his life. Ethan Canin: Highly regarded as both a novelist and a short story writer, Ethan Canin has ranged in his career from the 'breathtaking short stories of Emperor of the Air to the stunning' novellas of The Palace Thief, from the wise and beautiful short novel Carry me Across the Water to the epic America America. His short stories, which have been the basis of four Hollywood movies, have appeared in a wide range of magazines, including The New Yorker, The Atlantic Monthly, Esquire, The Paris Review and Granta, and have been selected for many prize anthologies. The son of a musician and public-school art teacher, he spent his childhood in Ohio, Pennsylvania, and California before attending Stanford University, the University of Iowa Writers' Workshop, and then Harvard Medical School. He subsequently gave up a career in medicine to write and teach, and is now F.Wendell Miller Professor of English at his alma mater, the Iowa Writers' Workshop, where he has been privileged to teach a great number of talented new writers. In his spare time he is very slowly remodeling two old houses, one in the woods of northern Michigan and the other in Iowa City, where he lives with his wife, their three children, and four chickens. Jim Nisbet: Jim Nisbet is the author of ten novels, including Lethal Injection, Dark Companion, The Price of the Ticket, Prelude to a Scream, The Octopus on My Head, and Windward Passage. His work has been published in nine languages. Nisbet has twice won the Pangolin Papers Annual Fiction Award, and thrice been nominated by for a Pushcart Prize in short fiction. His novel, Dark Companion, was shorted-listed (with four other nominees) for the 2006 Hammett Prize. He has also published five volumes of poetry. Angelo Cannavacciuolo: Angelo Cannavacciuolo was born in Naples, Italy, in 1956, and studied foreign languages at the prestigious Instituto degli Studi Orientali in Naples. He works as writer, film director and writes for the theater, cinema and television. His first novel, I Guardiani delle nuvole (Guardian of the Clouds), won the Premio Italiano all'Estero at the Festival du Premier Roman at Chambery in France and was a finalist for the 1999 Viareggio Book Award and the Berto Book Award. The film adaptation of Guardian of the Clouds, directed by Luciano Odorisio, was released in Italy at the end of 2006. Golden Pyramid Award at the International Cairo Film Festival 2004. An opera version of Il soffio delle fate, his second novel, for which Cannavacciuolo wrote the libretto, is being composed by Filippo Zigante, the former director of Teatro San Carlo in Naples. In 2009 it has been presented in Germany, the Czech Repubblic and in most important theatres all over Europe. His third novel Acque Basse, a thriller set in contemporary Naples, was published in June 2005, and is enjoying a strong public and sales response. The lyric opera Oratorio di Speranza, composed by Zigante, was presented in November 2005 at Teatro Mediterraneo in Naples, and in June 2008 at Vorpommern Theater in Stalsund and Greifswald, in Germany. In September 2008 his last novel, Le cose accadono (Things happen), published by Cairo Publishing, won a Premio Viadana 2009, and Premio Domenico Rea awards in 2009. In February, 2009 he was awarded the prestigious Archita Prize by the Istituto Italiano per gli Studi Filosofici of Naples for the complexity of his literary achievements.