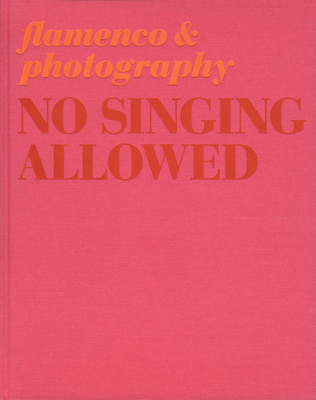 One of the most imaginative photo-treatments of dance ever published, No Singing Allowed is a thorough survey of the numerous portraits of flamenco culture made by more than 70 different photographers from around the world, from Man Ray, Manuel Alvarez Bravo and Henri Cartier-Bresson to Horacio Coppola, Inge Morath, Joseph Koudelka and Martin Parr. Photography has offered an account of the aesthetic, anthropological, economic and social evolution of flamenco from its earliest days: the coupling of the two arts begins with the nineteenth-century travelers who sought out the small gypsy communities of Andalucia and photographed them for their exotic properties, creating images that today speak of flamenco's social longevity and ubiquity. These archival treats are followed by formal publicity shots of stars like Jeanne Rozerot, Marguerite Guillomin and Carmen Sevilla, while other photos draw Pablo Picasso, Leni Riefenstahl, Jean Cocteau and Anais Nin into flamenco's orbit, alongside images of whirling dancers, rapt audiences and little glimpses of the everyday life of flamenco. Further documentations remind us that this dance has often functioned subversively: during the Franco regime, for example, signs reading Flamenco music prohibited could often be seen in bars and taverns across Spain. A superbly curated and composed volume, No Singing Allowed records both a palpable sense of a lived art and a happy overlap between two popular idioms.