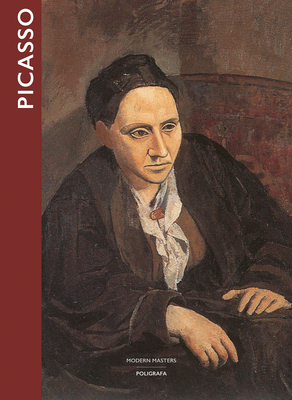 An introductory monograph on the 20th century's most revolutionary artist

Pablo Picasso (1881-1973) was one of the most innovative, experimental, prolific, influential and controversial painters of the 20th century. Part of Pol grafa's Modern Masters series, this affordable monograph follows Picasso throughout his career, a career that spanned nearly eight decades and produced more than 100,000 works.

Picasso selects more than 60 of the artist's most representative works that follow the artist from his poetic images of the impoverished and circus performers, from his beloved blue and rose periods to his revolutionary cubist period depicting the confusion of modern life, and beyond. In addition to a brief introduction, this volume contains analysis of the artist's morphing stylistic characteristics over the decades and individual commentary on each of the works reproduced.