The Gaze of Things: Japanese Photography in the Context of Provoke (Hardcover) 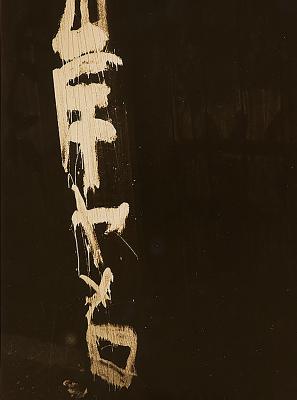 The Gaze of Things: Japanese Photography in the Context of Provoke (Hardcover)

Focusing on the two most influential groups of postwar Japanese photographers--the Vivo group (1957-61) and the editorial collective responsible for the short-lived but legendary Provoke journal (1968)--The Gaze of Things supplies an overview of Japanese art and photography from the 1950s to the present, with a particular emphasis on the transformations undergone by photography during the period. Photographers associated with Vivo (including Ikko Narahara, Shomei Tomatsu, Eikoh Hosoe and Akira Sato) and Provoke (Daido Moriyama, Yutaka Takanashi and Takuma Nakahira) developed a new photographic language during the seismic shifts in postwar Japanese society, much of which centered on critiques of American occupation and Japan's adoption of American ways of life. Published to accompany an exhibition at the Bombas Gens Centre d'Art in Valencia, Spain, this catalog surveys these artists' lasting impact into the 21st century.