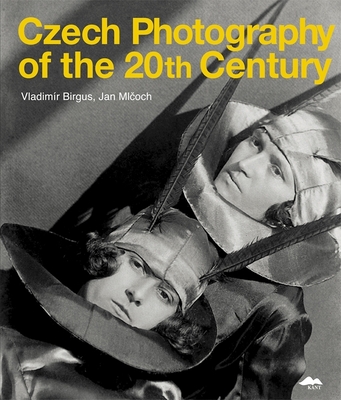 
Special Order—Subject to Availability
It was not so long ago that one would have been hard pressed to find a single Czech name in most western European or American books on the history of photography. Today, things are very different: photographers like Josef Sudek, Frantisek Drtikol, Jarom r Funke, Josef Koudelka, Jan Saudek and Anton n Kratochv l enjoy international acclaim, and as Czechoslovakia emerged from over half-century of totalitarian rule, the rest of the world was astounded to discover that such a small nation could boast so many talented and original photographers. Nonetheless, entire chapters of the history of Czech photography remain largely neglected. Czech Photography of the 20th Century is the first volume to survey the main trends, figures and masterpieces of Czech photography from the beginning to the end of the last century. Its 517 plates include not only the most historically important photographs and photomontages, but also works that have lain buried in archives and rare books, or photographs published for the first time.