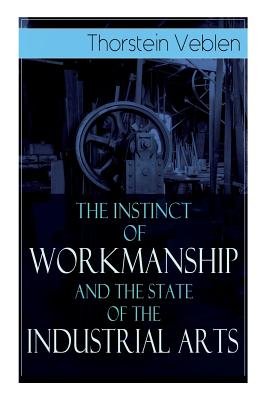 
Not On Our Shelves—Ships in 1-5 Days
(This book cannot be returned.)
"The following work attempts an analysis of such correlation as is visible between industrial use and wont and those other institutional facts that go to make up any given phase of civilisation. It is assumed that in the growth of culture, as in its current maintenance, the facts of technological use and wont are fundamental and definitive, in the sense that they underlie and condition the scope and method of civilization in other than the technological respect, but not in such a sense as to preclude or overlook the degree in which these other conventions of any given civilisation in their turn react on the state of the industrial arts. The analysis proceeds on the materialistic assumptions of modern science, but without prejudice to the underlying question as to the ulterior competency of this materialistic conception considered as a metaphysical tenet. The inquiry simply accepts these mechanistic assumptions of material science for the purpose in hand, since these afford the currently acceptable terms of solution for any scientific problem of the kind in the present state of preconceptions on this head..." (Preface) Thorstein Veblen (1857-1929) was an American economist and sociologist. He is well known as a witty critic of capitalism. Veblen is famous for the idea of "conspicuous consumption." Conspicuous consumption, along with "conspicuous leisure," is performed to demonstrate wealth or mark social status. Veblen explains the concept in his best-known book, The Theory of the Leisure Class. Within the history of economic thought, Veblen is considered the leader of the institutional economics movement. Veblen's distinction between "institutions" and "technology" is still called the Veblenian dichotomy by contemporary economists.