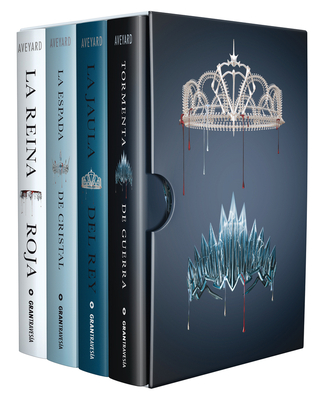 
Special Order—Subject to Availability
Victoria Aveyard’s medieval saga is now available in this complete volume. The complete Red Queen Series complies over 2,400 pages at an incredible price. In a society in which people are segregated based on the color of their blood, the Reds fight to survive under the control of the silver-blooded super humans that have terrible powers and exert complete control over the world. When a Red, Mare Barrow, is discovered to have the same powers as the Silvers, she is taken to their world, where she discovers that power is a treacherous ally, and betrayal is to be expected.
Victoria Aveyard studied directing at the University of Southern California. After her first novel, La reina roja, received high praise from reviewers, she decided to dedicate herself professionally to writing.