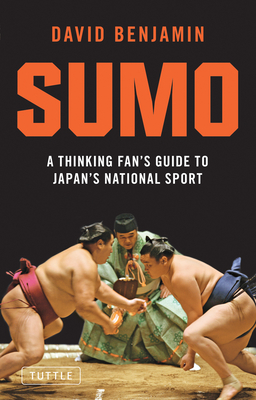 
Not On Our Shelves—Ships in 1-5 Days
"The most entertaining and irreverent guide to sumo." -- James Fallows, The Atlantic Sumo is a fresh and funny introduction to the fascinating world of sumo, Japan's national sport. Author David Benjamin peels away the veneer of sumo as a cultural treasure and reveals it as an action-packed sport populated by superb athletes who employ numerous strategies and techniques to overcome their gargantuan opponents. Sumo provides an engaging, witty, behind-the-scenes look at sumo today. A complete guide to sumo for both curious novices and long-time fans, you'll learn about:
About This New Edition
This book is a thoroughly updated revision of the popular The Joy of Sumo. Benjamin's enthusiasm and insight into the sport remain unmatched, and his humorous descriptions of the personalities and pageantry of the sport will have you laughing loud and often.
David Benjamin lived in Japan for 7 years, where he was editor-in-chief of Tokyo Journal, contributing editor and columnist for The Japan Times Weekly, and wrote a weekly column for The Mainichi Daily News. He was also a regular sumo columnist in Shukan Bunshun and an occasional commentator on sumo and other sports on television, and remains the only foreigner ever to cover Japan's national sport on a regular basis in a major Japanese-language publication. He lives in New York and Paris