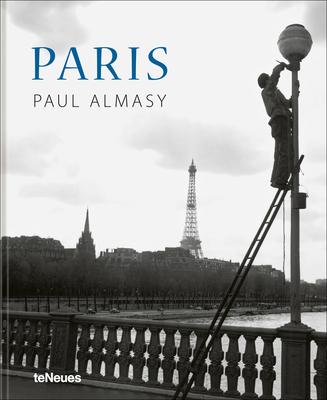 
Special Order—Subject to Availability
- Unique snapshots from photojournalist legend, Paul Almasy (1906-2003) - An ideal gift for all fans and lovers of the city of Paris - With photographs of artists and stars such as Alberto Giacometti, Colette, Serge Gainsbourg, Man Ray, and Yves Saint Laurent Post-war Paris brought a blossoming of culture and thought. The Nouvelle Vague transformed French cinema, young couturiers reinvigorated French fashion, existentialism flourished in literature and philosophy, and the city swung and swayed to a vibrant jazz and rock 'n' roll scene. In the middle of it all, was Paul Almasy. The well-traveled photojournalist, born in Hungary, had made Paris his hometown and spent his days and nights wandering its alleys, avenues, and after-hours bars. Through his photographs, we visit the old markets and artist's studios, its music joints and glamorous cafes, but also the burgeoning banlieues, where immigrant workers were housed in high-rise apartment blocks in peripheral and isolated locations. Text in English, German and French.
Joining the ranks of Henri Cartier-Bresson and Robert Doisneau, Paul Almasy is one of the great chroniclers of 1950s and 1960s Paris. This captivating book of his Paris photographs is a vivid and evocative portrait of the city in all its mid-century vibrancy and change.