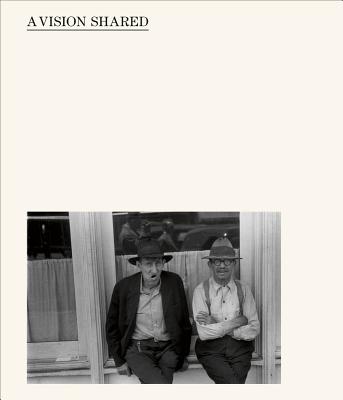 Celebrating the 40th anniversary of this classic, the indelible work of the now-iconic Farm Security Administration photographers

Featuring the work of the 11 photographers who worked for the Farm Security Administration--perhaps the finest photographic team assembled in the 20th century--A Vision Shared: A Classic Portrait of America and Its People 1935-1943 was first published in 1976 to great acclaim, and was named one of the 100 most important books of the decade by the Association of American Publishers. By any measure this is a remarkable book, wrote Alden Whitman in The New York Times, one of the few beneficent fruits of the Depression and one of the few collections of photographs to limn both the starkness of American life in those years and the indomitable strength of those who endured them.

For the 40th-anniversary edition of this remarkable volume, all of the photographs, texts and historical materials that comprised the original edition have been carefully reproduced, followed by a new afterword by O'Neal detailing the events that followed the book's initial release. Elegant in its simplicity, A Vision Shared is a reminder of the power of photographic storytelling, as readers are pulled into the lives of ordinary Americans and the places where they lived.

Hank O''Neal was born in 1940 and, in addition to being a photographer, his career has included stints in the worlds of government, education, and record and concert production. In 1970, O''Neal took his first serious photographs and two years later met Berenice Abbott, with whom he worked closely for the next nineteen years. About the same time he met Walker Evans and all the other living Farm Security Administration photographers. O''Neal is co-editor of Berenice Abbott (2008) and the five-volume The Unknown Abbott (2013), and has published more than a dozen other books on various subjects, mostly related to photography, music or both.